If there’s one proverb that’s been used and overused like an old washcloth, it probably would be “curiosity killed the cat”. Well, that and maybe “an apple a day keeps the doctor away”. 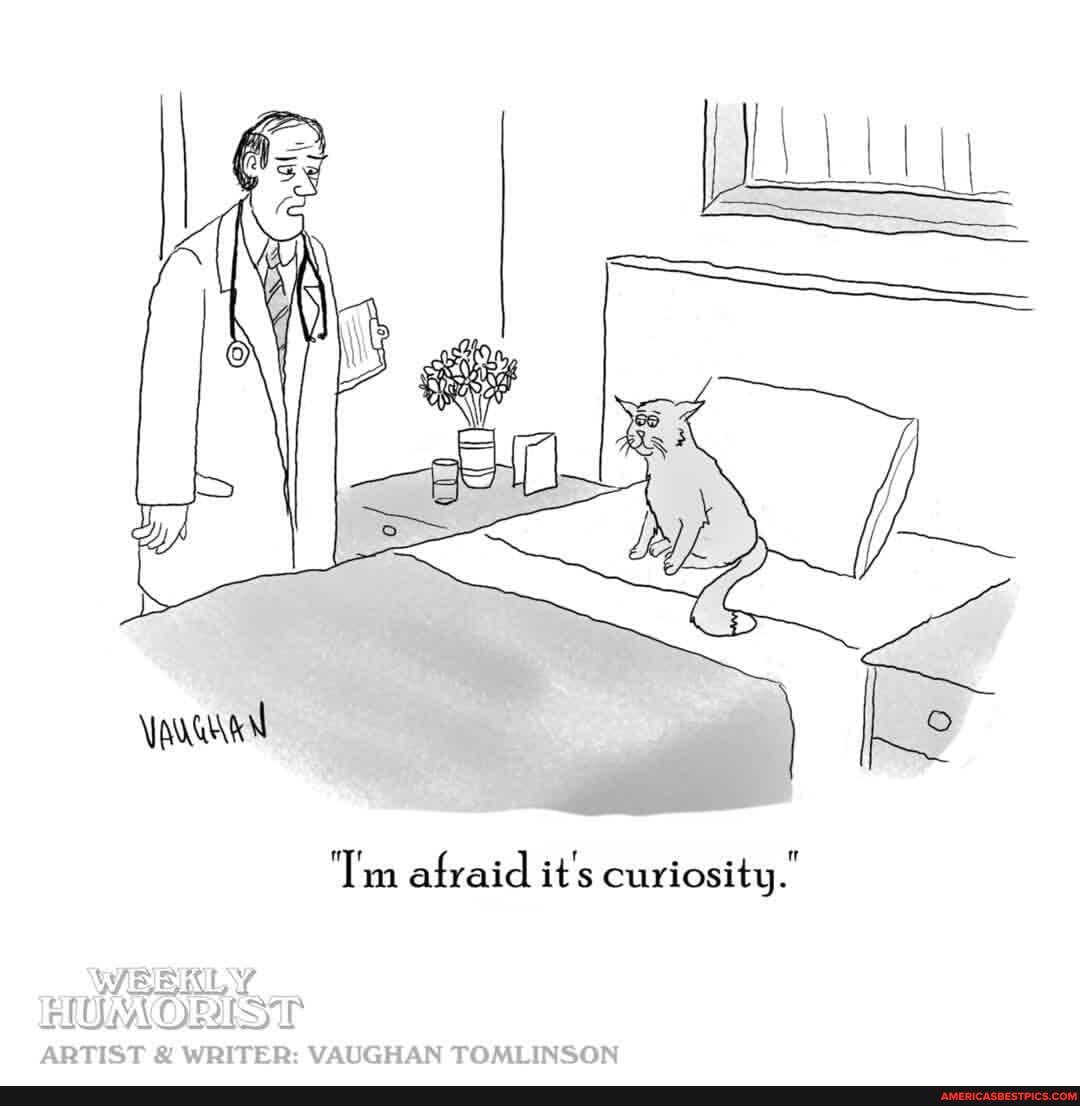 While curiosity is often associated with children as their natural way to explore and make sense of the world, curiosity is also the driver for success for adults and is the gel that creates positive connections between people.

In a workplace, curious marketers are natural learners, constantly discovering new and better ways of doing things and tend to have higher satisfaction in their work.

In his talk at Paperflite UNMUTE 2021, Stefaan Van Hooydonk put this proverbial phrase to test to see if curiosity really killed anyone.  He also shared insights, stories, and research on what companies must leverage workplace curiosity to be able to quickly innovate and stay ahead of the competition.

Stefaan is the founder of the Global Curiosity Institute, where he helps individuals, organisations and society to foster a mindset of curiosity to inspire them to keep discovering and innovating. He has been globally recognized for his innovative approach to learning, people and technology.

Here he is, in all his curious glory.

Curiosity as a construct

So it is indeed true that society has this love-hate relationship with curiosity. You know that for instance, in the Polish language, they say that curiosity is the first step to hell. Not a very promising note.

Now, in the corporate world, especially as I relate, there is an overwhelmingly positive connotation to the notion of curiosity and curious professionals.

And I've done some research over the last year or so while setting up the Global Curiosity Institute. I'm doing a lot of work with different companies consulting them and doing research with them and this is one of the standard questions that I'm asking: 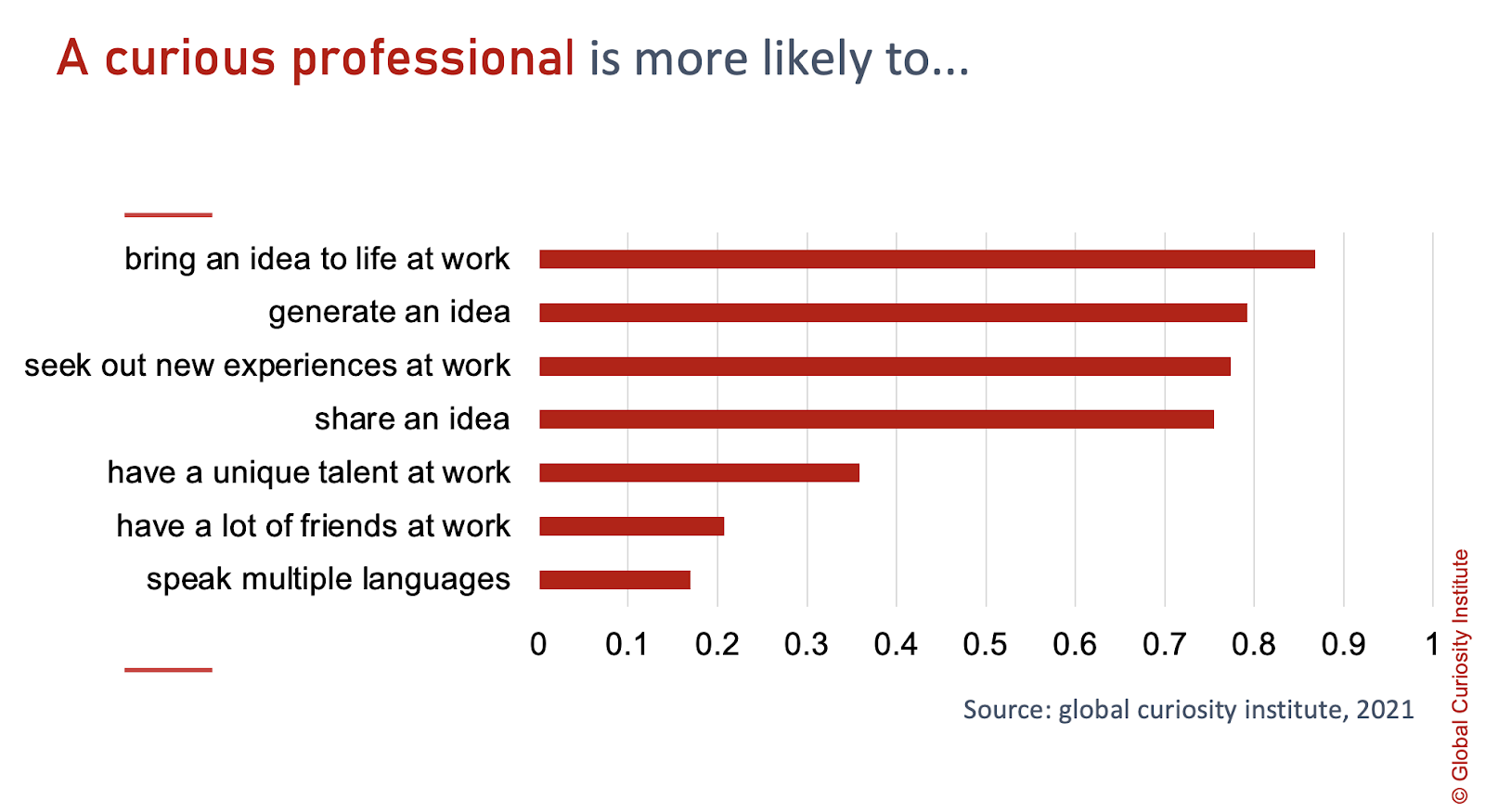 You could see here very clearly the overwhelming amount of people that are really talking about curiosity in the professional space, being linked to sharing ideas, generating ideas, bringing ideas to life, and seeking out new experiences, more than having a unique talent and more than having friends or speaking multiple languages.

So that's an interesting first indication already, that curiosity is really something that is becoming more than what killed the cats because a curious professional is actually an asset to an organization and not somebody to be killed of course. 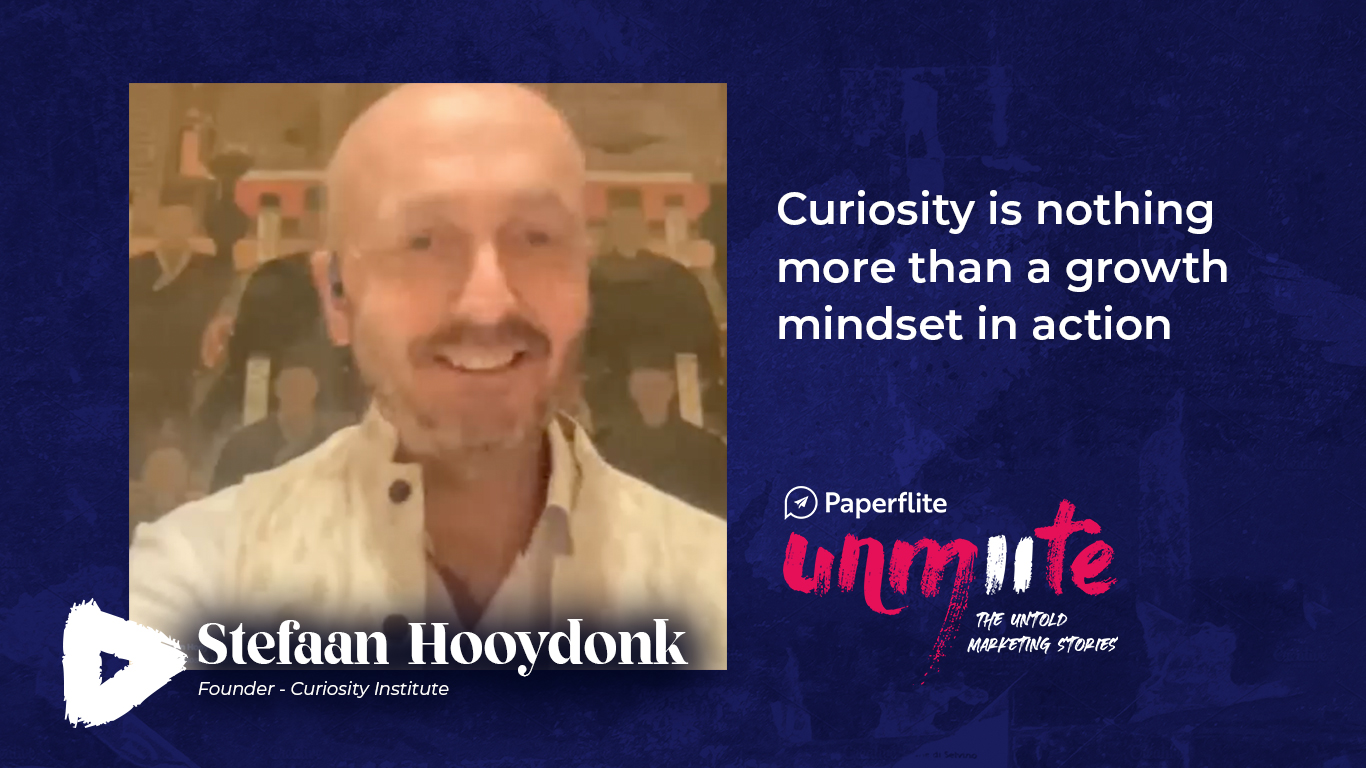 Now, we have a lot of marketeers in the room and I want to go back to our school days in marketing. I'm sure that everybody has learned the notion of the information gap theory, a way to create a cognitive gap in people's minds so they want to really reach through or buy or perform an action, to bridge that gap.

Now, here’s an interesting article I found; Diana was still alive hours before she died. 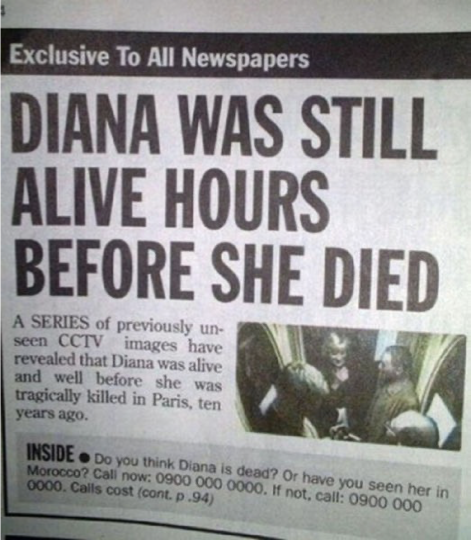 That's a pretty normal statement, something that would make you say “Duh! Of course? Before she died, she would always be alive”.

But somehow this creates some cognitive dissonance, even if it's true. So people continue to read what is behind the text. Curiosity as the Engine of Progress

So let's take a step back and look at curiosity. I think all of us will agree that curiosity has been an engine of progress for individuals, for society, for our companies. And it always starts with a why or what if.

I'm sure that Paperflite also was created based on such a question; I can do something better, or what if we create a new tool for salespeople to behave better?

So you probably agree with me that curiosity has been behind the really important parts in the major events in our own lives and society.

When you're looking at a comparison of, for instance, Marriott and Airbnb that in more than 80 years of history, Marriott was able to kind of build out six 600,000 to almost 700,000 rooms. And for Airbnb, it only took four years to amass roughly the same amount of rooms, and their capitalization is higher now, actually. 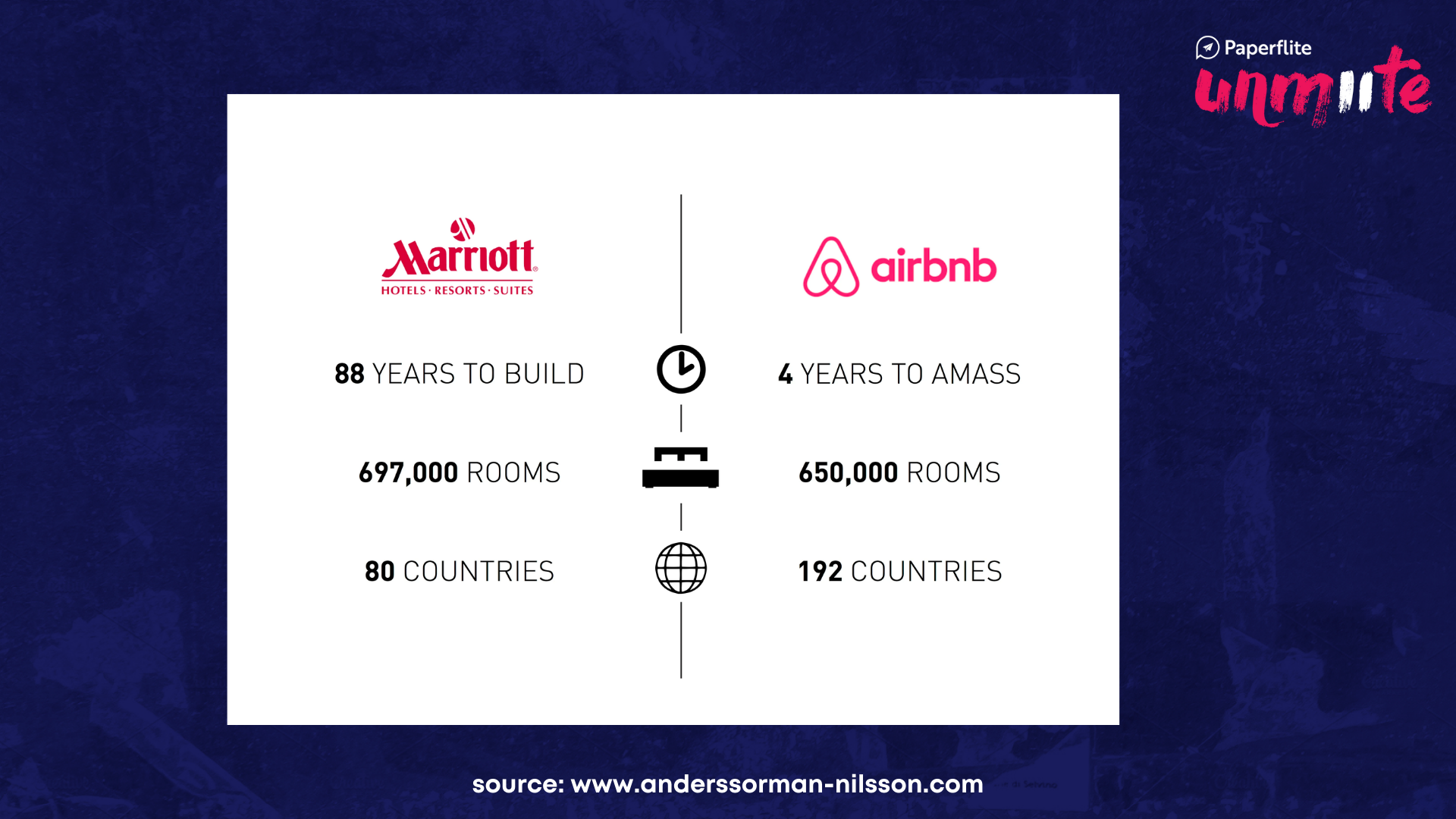 So the 21st century is really the century of ideas, which require curiosity.

Workplace Curiosity: A Force for Good

Curiosity is both nature and nurture. Nature is what we as a professional or as marketers bring to the table. Nurture is how much the organization is allowing us to be curious. And what I found so far is that curiosity is really a force for good.

It increases competitiveness, innovation, learning engagement, but somehow it's fragile. If it's not managed intentionally. 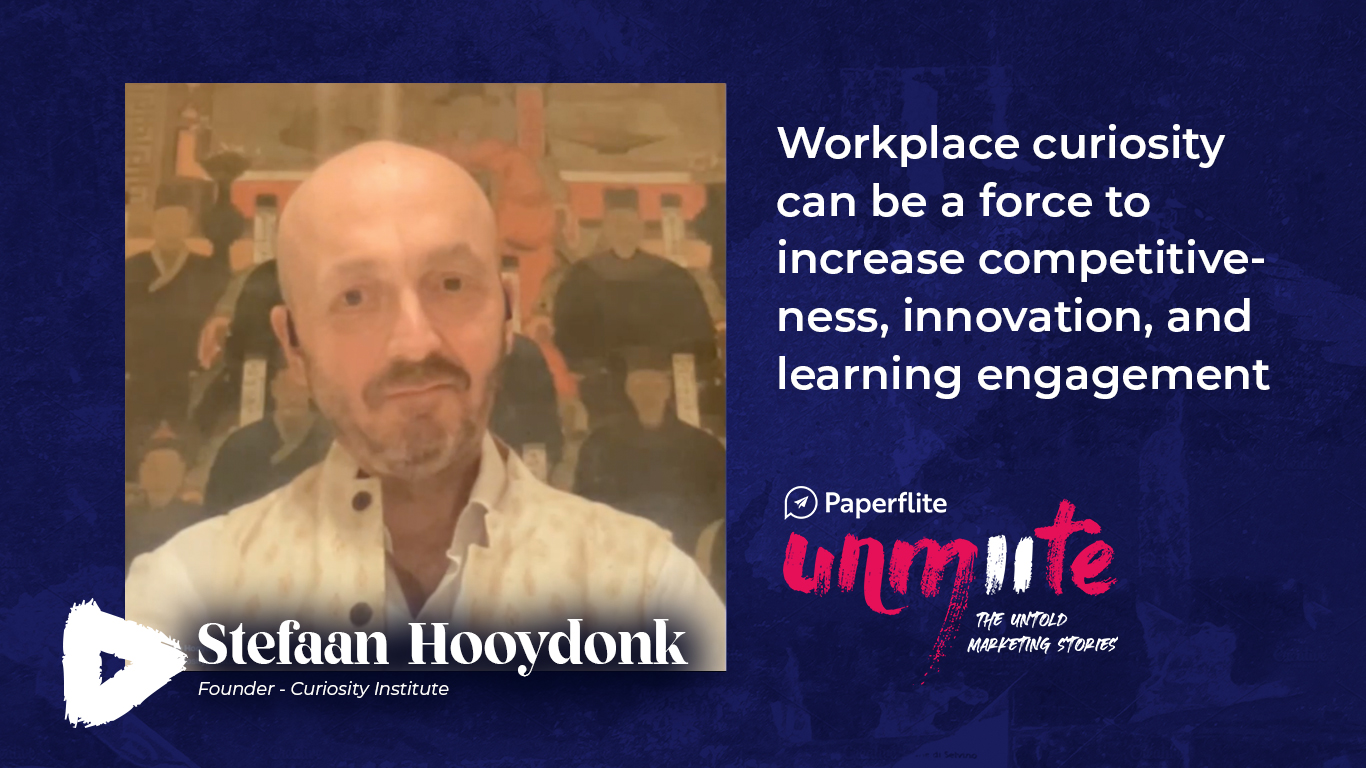 Now, before you start saying that, okay, all of our companies are curious, actually, I'm going to tell you that many of our organizations are not really curious.

For instance, when Satya Nadella came on board in February 2014, as the new CEO, he found a very incurious organization and legacy that Steve Balmer had been leaving him with and by refocusing his culture, very much structured around growth, mindset, culture, curiosity.

Curiosity is nothing more than a growth mindset in action.

Now, the business academics and the Harvard folks are starting to look at the notion of curiosity. I came across a very interesting article that was written by Francesca Gino in Harvard Business Review with three insights. 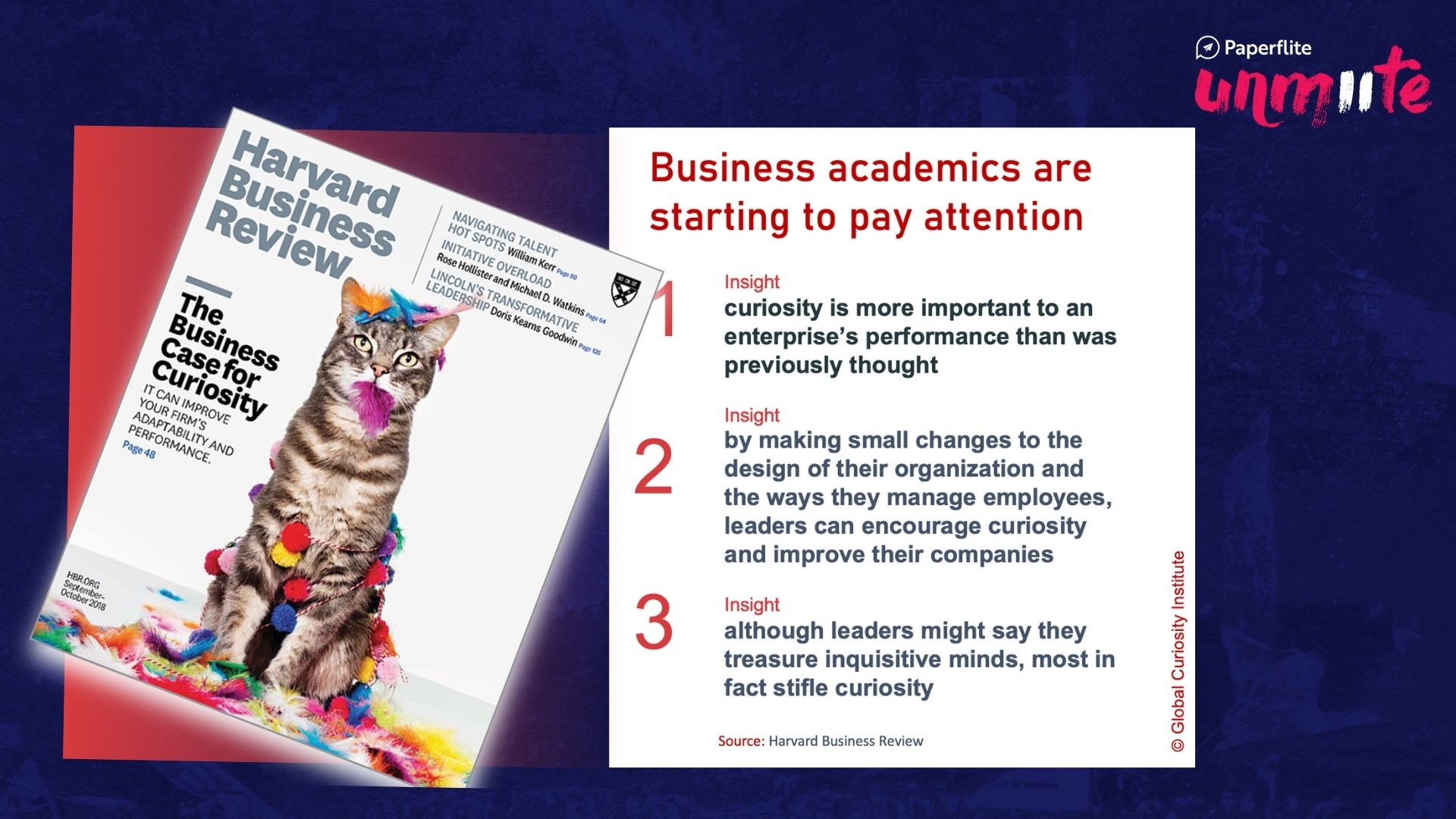 First of all, curiosity is much more important to the performance of an enterprise than we thought previously. I think that makes sense, especially in a notion of the century of ideas.

Now, the second insight, it's not that hard to be intentional, by making small changes to the design of our organization, or the way we manage people, we can actually rekindle the curiosity of all of our people. And some of our people might have lost their curiosity along the way, because of several reasons.

The third insight that I alluded to already before, is actually quite strange when you're in a leadership position. Although leaders say they treasure inquisitive minds, actually, most of us, stifle it, which is quite interesting to see.

Another piece of research that came out mainly from INSEAD, and Survey Monkey, points to the fact that everybody's looking at the world with different eyes and different filters. For instance, 83% of executives say that organizations encourage curiosity. While if you're asking the non-executives, only 52% of them agree.

And that kind of got me thinking, how many questions do I ask on a day-to-day basis or every week?

Research has shown us that young kids ask about 73 questions a day roughly. And by the time people become youngsters, hitting puberty, that number drops to roughly one. 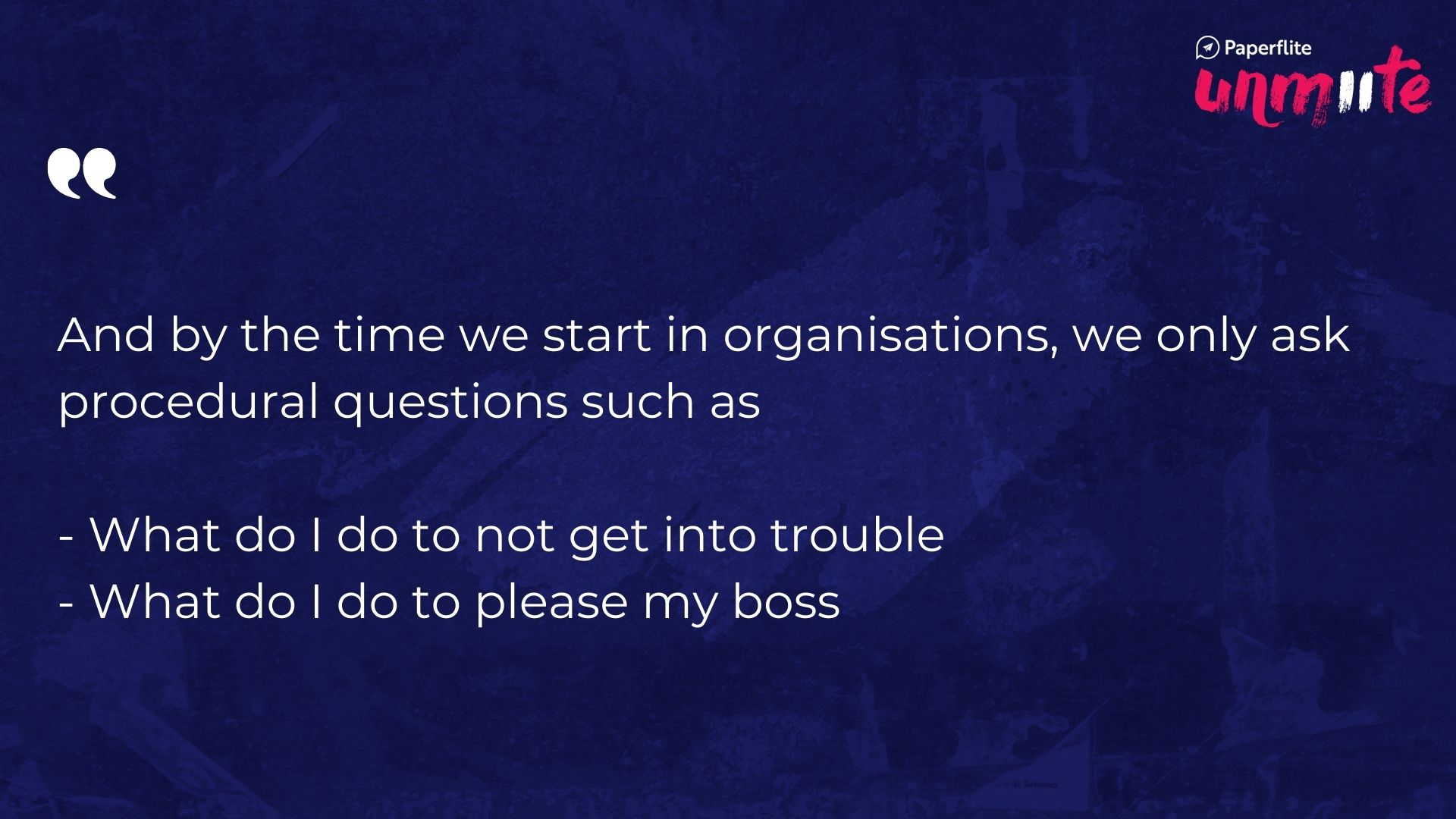 And beyond that, we don’t ask deeper questions.

And often you would find people in organizations or in meetings or in your teams, not really speaking up, or not being curious enough and acting upon that curiosity.

Because they think “maybe I'm not good enough?”.

Or “what would people think of me”, or “maybe it's better for me to stay quiet and to duck rather than suggest some kind of improvements”. 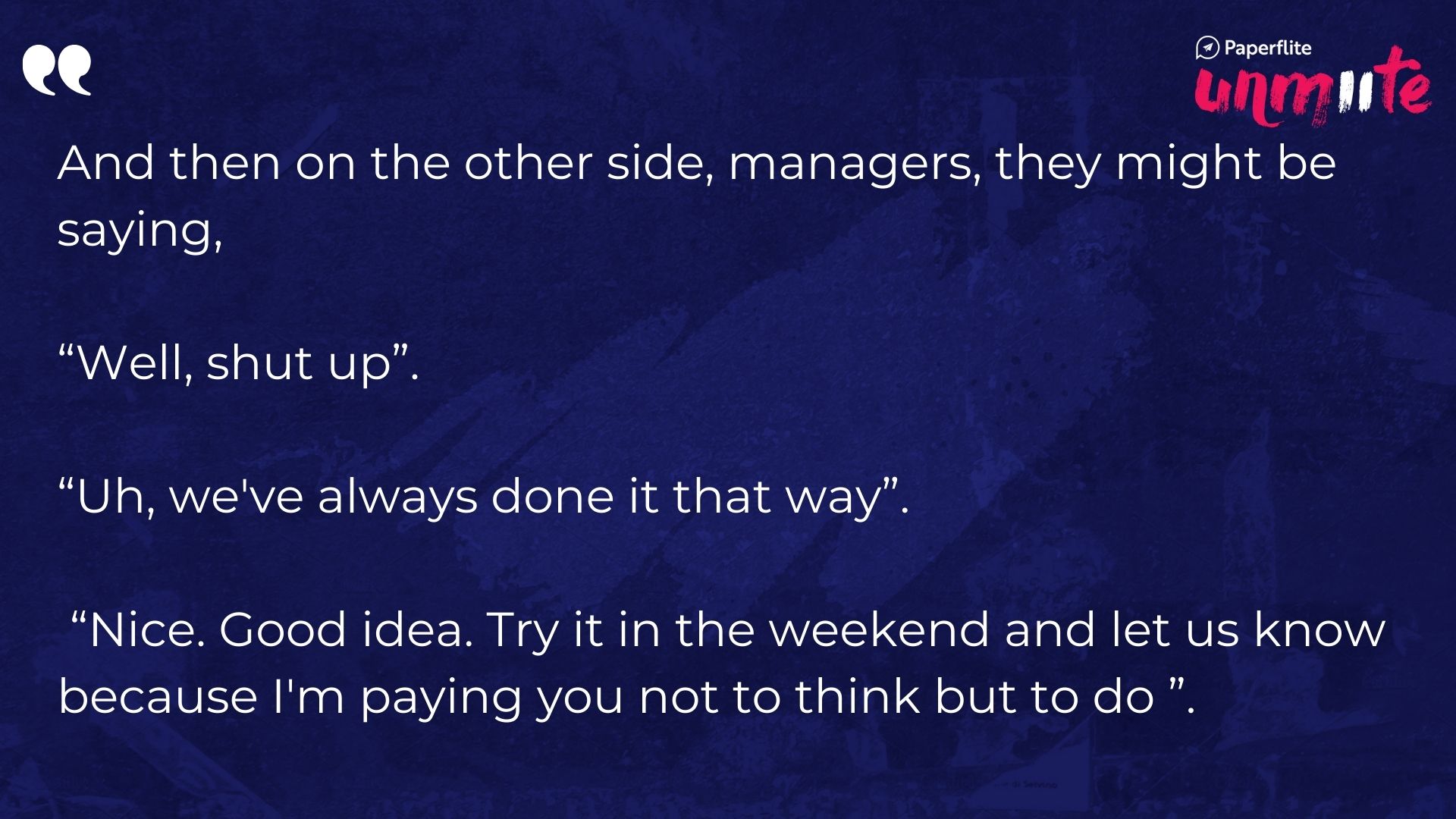 The Curious Case of Nokia and Apple

I was always surprised by the beauty of Nokia, and for those of us who lived in the 1990s, the first mobile phones that we had, were all black, remember?

And then, at a certain moment in time, some really smart outsiders from Finland, from Nokia, suddenly asked very basic questions.

What if we let people personalize their phones?

And they actually overtook the market and they had about 40% of the market share at times, not because their technology was better, which it was, but more because of the marketing people in the organization who were so smart in asking “what if we create personalizable covers”?

Another example was a company like Apple before Apple really became big with the iPods and the MP3 players.

99% of all vendors went with black earphones. And nobody was questioning whether they should have other colours as if the status quo was fine. And nobody asked themselves that question. And they all had well-paid marketers, and they all did their own job.

But somehow they were limiting themselves until a Steve Jobs and his team said, why don't we just change the damn colour. And we all know what happened afterwards.

How much do we want this? Do we think of curiosity as something that, that we leave to serendipity? Or do we turn it into a project, and we really want to do something around it?

I had quite a few companies who came to me and said, “Oh, look at us, we have curiosity in our values, in our corporate values”.

But in asking a little bit deeper, a number of them said, “actually, we don't have a clear definition of what we mean by curiosity, whether it's intellectual curiosity, or asking questions, or for the organization to accept failure, or something else”.

So I always recommend for organizations to really be clear on what you mean by this curiosity.

How do you train people? How do you celebrate people? If you have curious people that you promote? Or do you shy away from them, and you try to push them out? Because conformity is more much more wanted?

And that reminds me of a quote from Galbraith, and I think that's something that is a challenge for curiosity, that sometimes being curious might make you a bit of a loner. But my point is that only curiosity and only curious people are going to drive the future.

Stand Out with Signalling